Walker Morris / Insights / Lease or licence? And why it matters

Lease or licence? And why it matters

Although property law students and specialists may be aware that the 1985 case of Street v Mountford [1] confirmed that the grant of exclusive possession for a term [2] creates a lease as opposed to a licence – and why that matters – the same cannot necessarily be said of the majority of businesspeople for whom the intricacies of longstanding landlord and tenant law is not a priority!  However, the legal distinction between a lease and a licence is a crucial one, which can have very significant implications for any business owning or occupying commercial premises.

Walker Morris’ specialist Real Estate Litigator David Manda considers a recent case on this fundamental aspect of property law, and offers practical advice which will be of interest for commercial property owners and occupiers alike.

If a person or business occupies premises, the freehold or superior interest of which is owned by somebody else:

then, regardless as to how the occupation arrangement is named, documented or otherwise referred to, it will be a lease, as opposed to a mere licence.

The distinction is important for a number of reasons. In particular, a licence is simply a personal, contractual permission for the licensee to do something – in this context to occupy land.  A licence does not confer any proprietorial rights, it cannot be assigned and it does not survive any change in the ownership of the freehold/superior interest.  Crucially, a licence does not confer any security of tenure, and so a licensee’s position is precarious.

In contrast, a lease (or a tenancy, those terms are interchangeable) is much more than a contractual permission – it is an estate in land. A lease can therefore be bought and sold; it survives changes in ownership of any superior interests in the land; and, where it is a lease of commercial premises and the requirements of Part II of the Landlord and Tenant Act 1954 (the 1954 Act) are met, it affords the tenant security.  That means that the tenant’s occupation cannot be brought to an end, even following expiry of the lease term, unless and until the landlord can establish (at court if necessary) one or more of certain limited statutory grounds for repossession.

A misunderstanding on the part of the land owner or occupier as to the correct legal nature of any occupation of commercial premises can have devastating consequences.

A common scenario arises where a freehold owner wishes to recover possession of its premises quickly for a particular reason and believes that it can do so simply by giving a [short] period of notice as per the “licence” arrangement. (Maybe the owner wishes to sell and has contracted with a purchaser on the basis that vacant possession will be delivered by an imminent completion date; or maybe the owner’s circumstances have changed and it needs to occupy the premises itself.)  Such plans can be scuppered entirely when it comes to light that the occupation arrangement is, in fact, a 1954 Act-protected lease which cannot be terminated without the owner giving a minimum of six months’ notice and being able to prove (if necessary at a full court trial which could take many months to prepare and to come to fruition) one of the statutory grounds.  In some circumstances, even where a statutory ground is made out, the owner/landlord can also be liable to pay financial compensation to the protected occupier/tenant when the lease finally does come to an end.

From an occupier’s perspective, one of a business’ most valuable assets can be its goodwill which, more often than not, attaches to its premises and location. If an occupier is unexpectedly forced to depart its premises, the disruption and damage to its business can be significant.  In some cases, it can be very difficult indeed for businesses to recover from such an event.

The recent case of London College of Business v Tareem [3] is a recent and very typical example of the problems that can arise.

The college had occupied premises for a number of years pursuant to a number of successive agreements which were referred to, clearly and repeatedly on their face, as licences. The “licences” were short documents which stated that they were personal to the college; inalienable; contained no repairing obligations; and specifically stated that they should not be deemed to constitute a tenancy within the meaning of the 1954 Act or otherwise.  The “licences” also contained an express reservation for the “licensor” to have an absolute right of entry on to the premises at all reasonable times, to which any rights granted to the “licensee” were stated to be subject.

However, in reality, the college had fitted out the premises; it was clear that the purpose of the arrangement was to enable the college to carry out its business as an educational establishment; and the land owner had never exercised its right of entry. The documentation also contained a service charge liability on the part of the college and a ‘termination in the event of breach’ provision, which was akin to a forfeiture clause in a lease.

When a dispute arose as to the amount payable by the college in respect of its occupation and service charges, the owner sought to evict the college. The college then claimed for wrongful exclusion and damages and, in the context of those proceedings, the court was required to determine the correct legal nature of the college’s occupation, and the necessary implications.

Considering the reality of the facts on the ground and the fact that the parties had not been of equal bargaining power (the college had never taken legal advice), the court found that it was unrealistic to suppose that the parties ever intended that the college’s business and occupation would be interrupted by the owner (and indeed that may have been against the owner’s commercial interest). The court therefore concluded that the college had exclusive possession of the premises and, as a result, regardless of how the documents had been described, its occupation was actually pursuant to a lease.

Furthermore, the documents’ purported exclusion from the 1954 Act was not valid [4] and so the college did have security of tenure protection after all.

(Finally, even though the college had a protected lease, that did not preclude the right of the owner/landlord to terminate the lease in the event of arrears or another breach by the college – that is, the right of the owner/landlord to forfeit. Unfortunately for the landlord in this case, however, it hadn’t got the law and procedure right in that context either!  No valid notice of re-entry had been served prior to the college’s eviction and so the court found that there had been a wrongful exclusion and held the landlord liable to pay damages to the college.)

The London College of Business case does not create any new law, but it is a recent, salutary reminder of how seemingly academic aspects of landlord and tenant law can have a very real, commercial impact on property ownership and occupation today.

Had the owner/landlord in this case properly understood and acknowledged that, in reality, the tenant was occupying the premises as a commercial tenant under a lease (instead of attempting to take the shortcut of alleging an inaccurate “licence” arrangement), it would more than likely have been able to obtain, from the outset, a validly contracted-out lease. That would have meant that the tenant’s correct legal status was properly regularised, offering clarity and certainty for both parties, and that the landlord would never face an unexpected and inconvenient security of tenure problem when it sought to recover possession at any future time.

(It addition, had the owner/landlord sought specialist advice before seeking to evict the college, it would probably have been able to achieve that goal lawfully, successfully and at significantly less wasted time and cost than were ultimately incurred in this case.)

If you have any queries or concerns in relation to the ownership or occupation of commercial premises and/or the forfeiture issues addressed in this article, please do not hesitate to contact David Manda or any member of Walker Morris’ Real Estate Litigation Team.

[1] [1985] 1 EGLR 128
[2] and usually at a rent, although this latter is not necessarily essential/determinative
[3] [2018] EWHC 437 (Ch)
[4] there is a prescribed contracting-out procedure which must be strictly followed if an otherwise qualifying business tenancy is to be excluded from the security of tenure provisions in the 1954 Act.  That procedure was not followed by the parties in this case. 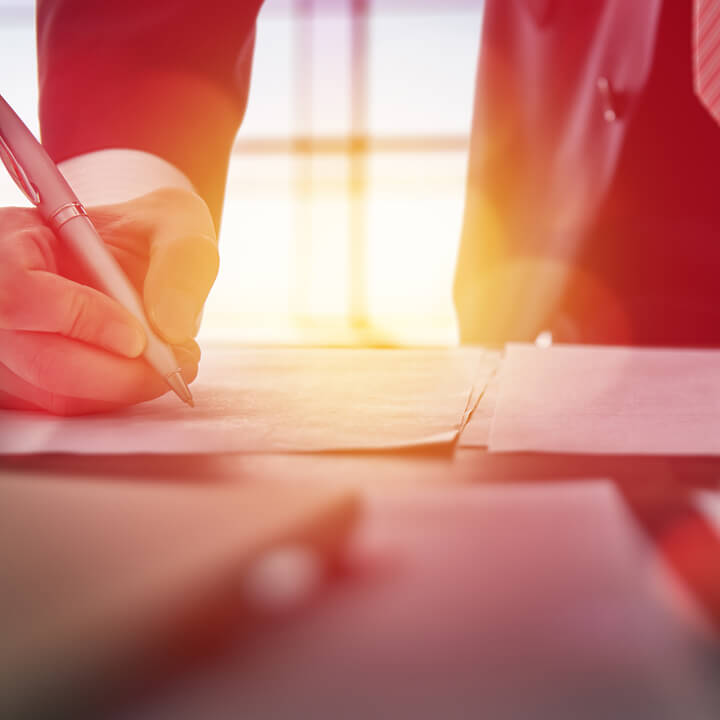