Injunctions against ‘persons unknown’: An essential update for businesses

Why is London Borough of Barking and Dagenham v Persons Unknown of interest?

Whether it be travellers setting up encampments, or protestors blockading sites, harassing staff or disrupting trading, trespass can cause financial loss, distress and reputational damage for businesses.  In terms of even wider impact, traffic chaos, supply chain disruption and even, on occasion, civil unrest, can result for the general public or other lawful occupiers, who may get caught in the cross-fire.

Dealing quickly and effectively with trespassers can therefore be of vital importance, but that is not always easy.  Resourcing issues, or uncertainty as to whether trespassers’ behaviour actually amounts to criminal activity, can prevent the police from being able to help. Private landowners/businesses need to obtain a court order before they are able to forcibly remove trespassers, but that can prove difficult where the identity of any travellers/protestors is unknown or constantly changing, so that they can’t be named in legal proceedings.

The recent case of London Borough of Barking and Dagenham v Persons Unknown [1] will be of significant interest to businesses and landowners/occupiers who find themselves troubled by trespassers because it clarifies the correct approach for obtaining an injunction requiring unidentified trespassers to vacate and stay away from the site – an area in which the law has been in flux in recent years.

As mentioned above, businesses and other landowners/occupiers cannot lawfully remove trespassers unless they have obtained a court order allowing them to do so.  But how can an order be obtained against persons whose identity unknown or constantly changing?  And how can businesses deal with trespassers who simply return to the site or relocate to another of the business’ premises, shortly after an initial eviction?

The answer is to obtain an injunction, with sufficient geographical and temporal limits to prevent further disruption, against ‘persons unknown’.  An injunction has real ‘teeth’ because it contains a penal notice, meaning that if an affected person breaches the injunction, he or she is in contempt of court and can be imprisoned [2].

The courts do not, however, grant injunctions without first undertaking a thorough assessment as to whether they are an appropriate remedy.

Walker Morris has reported previously on the Canada Goose v Persons Unknown litigation [3], which authoritatively set out key guidelines for claimants wishing to obtain injunctions against persons unknown, particularly against unlawful protestors.  The 2022 Court of Appeal decision in Barking and Dagenham overturns a key aspect of the Canada Goose case, thereby updating the law in favour of businesses and landowners/lawful occupiers.

As well as clarifying the legal guidelines for obtaining injunctions against ‘persons unknown, Barking and Dagenham may signal the beginnings of a move away from the arguably ‘pro-protestor’ approach which has been adopted by the courts in recent years.

What legal and practical advice arises?

One key principle arising out of Canada Goose – that is, that final injunctions against ‘persons unknown’ are not generally available, such that interim injunctions against unknown individuals will usually be discharged at trial, leaving an injunction only against persons who have, by the time of the trial, been identified [4] and been served with the order – has now been overturned.

Helpfully for businesses, Barking and Dagenham clarifies that interim injunctions obtained against persons unknown/unidentified persons can now be continued at trial on a final basis.  Crucially, final injunctions can therefore even cover newcomers who may not have been subject to the injunction at the time the order was made, but who subsequently commit an act in breach of the injunction.

This decision enables the enforcement of injunctions against individuals acting in breach, at the time or in the future, where those persons are not a party to proceedings, so long as they fall within the class of people caught by the injunction.

The Barking and Dagenham case should therefore significantly extend the protection against trespass and other unlawful conduct (including harassment of staff and others) afforded by a persons unknown injunction to provide long-term relief to a business.

It is important to note, however, that all of the following aspects of the Canada Goose authority remain good law and in effect:

In terms of practical advice, when seeking any injunction against ‘persons unknown’, applicants/claimants should focus on the specific actions or risks against which they are trying to guard against, and should not try to obtain any wider injunction than is strictly necessary to prevent unlawful conduct. Applications and notices should use clear, plain English and, where possible, should not include legal jargon or technical terminology.

Expert legal assistance will also be required, not only when it comes to the preparation and conduct of court proceedings, but also when it comes to ensuring that the order requested affords appropriate and (so far as possible) future-proofed protection for the business.

The need to apply for an injunction usually arises in highly pressured situations and businesses are often required to pursue relatively complex court proceedings with real urgency. However, remaining calm can help to keep stress levels, and mistakes, to a minimum.  Walker Morris’ Commercial Dispute Resolution team has extensive expertise when it comes to obtaining effective injunctions against trespassers whose identity is unknown, in high stakes circumstances.  Our experienced and approachable solicitors will be happy to help any business faced with trespassers or the threat of traveller/protestor disruption to successfully navigate the process.

For further information or advice, please do not hesitate to contact Gwendoline or Twm.

[2] In the case of local authority landowners, the Anti-Social Behaviour Police and Crime Act 2014 also affords the court the ability to attach a direct power of arrest to the injunction, meaning that applying to the Court for a contempt of court order can be avoided before an offender is taken into custody.

[4] not necessarily by name, but perhaps by CCTV or bodycam footage 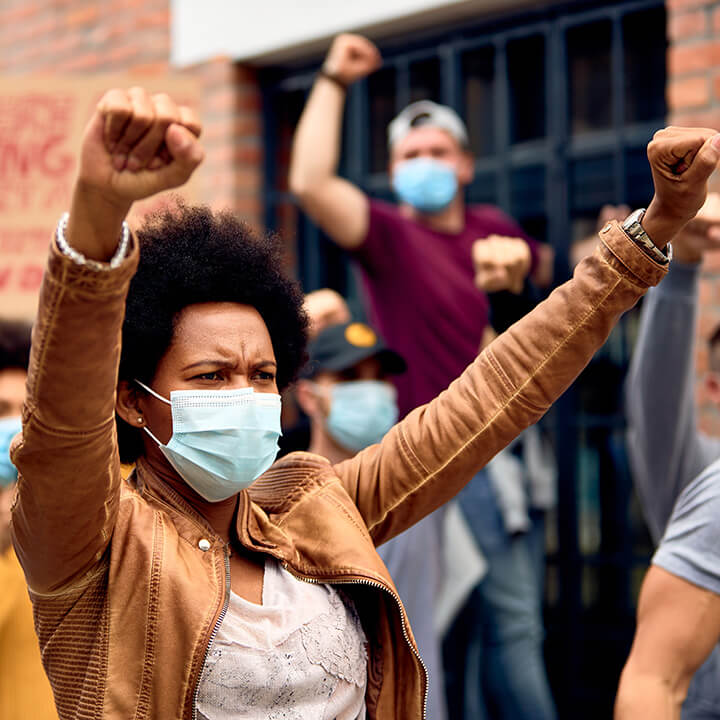