Confidentiality in arbitration is the rule – but there are exceptions

Arbitration has firmly established itself as a popular alternative means of resolving commercial disputes, particularly in relation to cross-border matters.  Gwendoline Davies, Walker Morris’ Head of Commercial Dispute Resolution, looks at two recent English cases which have considered the issue of confidentiality – a key (perceived) advantage of arbitration over court litigation.

Confidentiality is one of the features which can make arbitration so attractive to parties as a means of dispute resolution. Under English law, there is an implied obligation on the parties and the arbitral tribunal to maintain the confidentiality of the arbitration hearing itself, the documents generated and disclosed during the proceedings, and the arbitration award produced at the end.  This is in contrast to court litigation, where hearings are (subject to limited exceptions) held in public and non-parties can obtain documents – such as claim forms, particulars of claim and defences – without requiring the court’s permission.  The same applies to judgments and court orders made at public hearings.  The court may also allow disclosure of other documents on the court file. This is the fundamental principle of open justice.

While confidentiality in arbitration may be the rule, there are nevertheless exceptions to it. The English courts have recently considered, in different contexts, the extent of the confidentiality protection available to arbitrating parties.

In this case [1], various disputes between the defendant (STX) and subsidiaries of the claimant (Teekay) had earlier been referred to arbitration.  In proceedings in the English Commercial Court, Teekay made reference to the arbitration awards and the arbitrators’ reasons in support of its claim against STX.  STX counterclaimed for breach of confidentiality.  The court held that the counterclaim failed, because the disclosure fell within the “interests of justice” exception – Teekay was advancing an arguable assertion, put forward in good faith, that what happened in the arbitrations could be relied upon for the purpose of Teekay’s assertions in the Commercial Court proceedings.  Teekay had also given STX sufficient warning prior to disclosure to enable it to take steps to maintain confidentiality to the extent that the court considered it appropriate.

The “interests of justice” exception is one of a number of exceptions which have developed over time. The others are: consent of the parties; disclosure by order of the court; and protection of legal rights.

This case [2] concerned an application by Symbion in the Technology and Construction Court (TCC) to set aside an arbitration award on the grounds of serious irregularity (under section 68 of the Arbitration Act 1996).  Symbion claimed that it had argued, in the arbitration, that the tribunal was bound by findings in a prior award (in a related arbitration between Symbion and a third party).  When the TCC judge provided a copy of her draft judgment to the parties, she asked them to address her on the issue of whether the judgment should be anonymised, because she was concerned about the extent to which the judgment revealed the content of the prior award, in circumstances where it was not the subject of any challenge and the third party was not a party to the TCC proceedings.

Symbion argued that the judgment should be anonymised. The judge distinguished between the hearing itself (the default position being that a section 68 application will be heard in private) and publication of the judgment, saying that: “There is a strong public interest in the publication of judgments, including those concerned with arbitrations, because of the public interest in ensuring appropriate standards in the conduct of arbitrations. That has to be weighed against the parties’ legitimate expectation that arbitral proceedings and awards will be confidential to the parties”.

In this case, the judge declined to anonymise the judgment. Among other things: the tribunal in the prior arbitration had decided that the prior award was not confidential; the present award was already in the public domain because of proceedings in the US which were picked up by a legal website; a Symbion representative was reported as having provided comment making reference to the proceedings; Symbion did not submit evidence that it would suffer positive detriment if the judgment was published without anonymisation; nothing in the judgment would have the effect of disclosing anything of a confidential nature to others with whom Symbion might be in negotiations (Symbion having suggested that its negotiating position with others might be prejudiced in some general way).

As these and other cases demonstrate, it is important for parties to bear in mind that confidentiality in arbitration is not an absolute rule which will apply on a blanket basis. There may be subtleties involved.  While confidentiality will be preserved where it is appropriate to do so, there will be circumstances where the rule is overridden by other factors.  Parties concerned about potential confidentiality issues should raise them in advance so that the tribunal or the court can deal with them appropriately on a case-by-case basis.

Should you have any queries arising from this briefing, please contact Gwendoline Davies or any member of Walker Morris’ Commercial Dispute Resolution team. 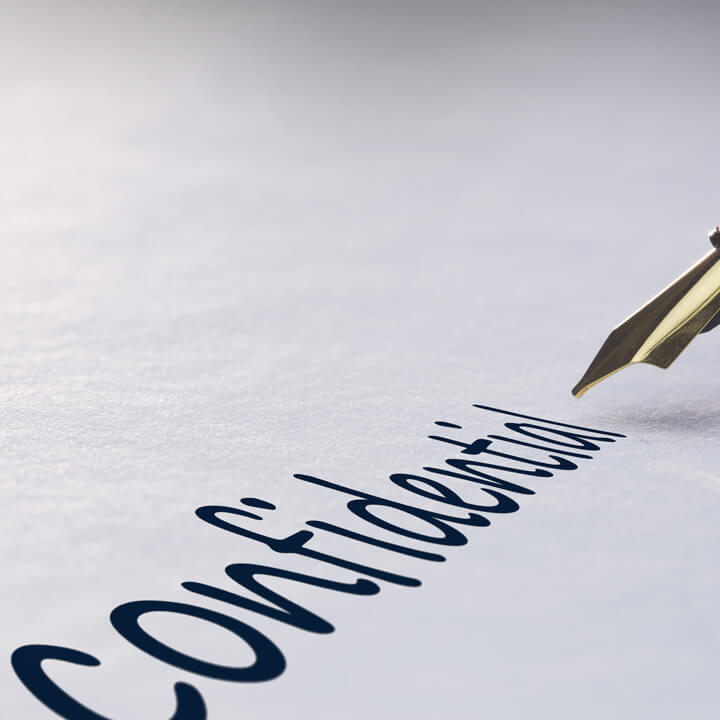