Normal practice in the social care sector is to pay a flat rate for ‘sleep-in’ shifts plus an hourly rate for any time that carers are called on to work during the shift. A typical flat rate might be around £25-30 for an 8 hour sleep-in shift. A recent Employment Appeal Tribunal (EAT) decision held that this practice may breach National Minimum Wage Regulations and some workers may be entitled to full minimum wage for the duration of the sleep-in shift.

This has sent shockwaves through the sector as employers face potential back payment wage claims together with significantly increased wage bills in the future.

The National Minimum Wage Regulations (the Regulations) have, for many years, been interpreted so that individuals who are required to sleep at or near their place of work whilst ‘on call’ are only deemed to be ‘working’ if they are awake and working during that shift.

Recent years have seen an increasing trend in EAT decisions towards ‘sleep-in’ shifts being counted as working time where the worker is required to be present at the employer’s premises (usually because of a regulatory or contractual requirement) and ready to deal personally with any incidents that might crop up during the shift.

This trend has culminated in a recent decision of the EAT in three joined appeals (Focus Care Agency Ltd v Roberts, Frudd v The Partington Group Ltd and Mencap v Tomlinson-Blake). In this joined appeal, the EAT considered whether night-shift workers who sleep in, in order to carry out duties if required, are engaged in ‘time-work’ (and therefore entitled to the National Minimum/Living Wage (NMW/NLW)) for the full duration of the shift or just in respect of periods when they are awake and carrying out duties.

The overall effect of the EAT’s decision is that, in many cases, sleep-in shifts will count as time-work and the NMW/NLW will therefore apply to the entire shift. The EAT said that it is necessary to apply a ‘multifactorial test’ and it went on to give guidance on what this test should include.

What is the ‘multifactorial test’?

The key is to determine whether the individual is ‘working’ even though they may be asleep. The factors to be considered include:

Applying these tests to the EAT cases

This case involved a care worker whose duties included a sleep-in shift for which she was paid a flat rate allowance. She was required to be on the premises because of Mencap’s regulatory and contractual obligations and was responsible throughout the shift to remain at post and listen out in case she was needed to deal with anything arising. She could not have left the premises (even for a 10 minute period) and would have been disciplined had she done so.

The EAT applied the multifactorial test and held that the whole of her sleep-in shift was time work and should therefore be paid under the Regulations.

Mencap have since announced that they will pay care workers in line with the NMW and staff will now be paid an average of £7.50 per hour for every sleep-in shift worked. Staff had previously been paid a flat rate of £25 for a 9 hour sleep-in shift.

The claimants were on-site wardens at a caravan park. They slept on site and were paid a flat rate per call-out during the night to deal with any emergencies.  The Employment Tribunal (ET) had held that the claimants were only entitled to the NMW whilst awake and working.  The EAT criticised the ET for failing to give any reasons for its decision and not applying the multifactorial approach. In particular, said the EAT, the ET should have looked at whether the employer was required to have the claimants on site at night time in order to meet its contractual obligations to customers.

Mr Roberts was a care worker. During his sleep-in shifts he would only be woken if he was required to help out the ‘waking night worker’ in the event of an emergency. It was the ‘waking night worker’ who had primary responsibility for looking after the service user during the shift. The EAT upheld the ET’s finding that Mr Roberts’ employment contract entitled him to be paid at his contractual rate of pay for sleep-in shifts because it failed to distinguish between the rate of pay for day shifts and sleep-in shifts. It rejected the employer’s argument that it had agreed orally with Mr Roberts that he would receive a lower amount for the sleep-in shifts.

The EAT commented that if it had not upheld Mr Roberts’ contractual right to be paid it would have remitted the case back to the ET to carry out the multifactorial evaluation in any event.

This case underlines the importance of ensuring that employment contracts are clear on how much an employee will be paid for each particular shift. In this case, the lack of clarity in the contract created an entitlement to an amount of pay that the employer did not intend.

What does this mean for employers?

The ‘multifactorial test’ set out by the EAT basically means that every case will depend on its facts.   There is a clear trend towards sleep-in shifts counting as working time and this is now reflected in BEIS guidance for employers. This is clearly a huge issue for the social care sector. A small minority of care providers have been able to raise their sleep-in rates in line with the guidance but the majority are simply not able to absorb the additional costs especially as Government funding has been cut to the bone.

The reality is that most care providers engaging sleep-in workers are likely be exposed to back payment claims for minimum wage violations and ongoing increased wage costs. In a sector with staff turnover rates of more than 20% exposure to back payment claims will not be easy to quantify. Official estimates put the sector’s potential liability for back pay at more than £400m, plus up to £200m a year when the NLW reaches £9 an hour after 2020.

The extent of the problem has been recognised by the Government’s care minister, David Mowat, who told MPs that the sector faces a serious issue for which no cost provision has been made. The recent Queen’s Speech simply said that there would be a consultation on ‘work to improve social care’ but no further details were given.

It remains to be seen how the Government will tackle this issue but, in the meantime, employers need to take action to assess their exposure and options.

HMRC is actively investigating over 130 social care employers for NLW breaches and the penalty for NMW breaches is up to £20,000 per employee with the possibility of criminal sanctions in extreme cases. An HMRC spokesperson has stated, “All businesses, irrespective of their size or business sector, are responsible for paying the correct minimum wage to their staff. HMRC continues to crack down on employers who ignore the law.”

Affected businesses should consider taking professional advice including a risk assessment focused on potential exposure to employment claims and options for managing the situation going forward. 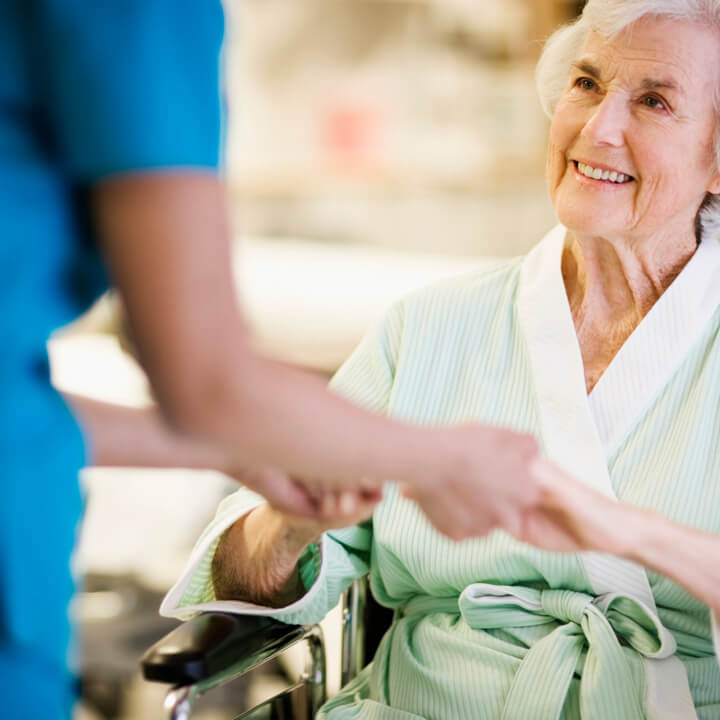