Battery storage technology is set to revolutionise the electricity market and transform the way we use the grid. There is currently over 25MW of battery storage capacity deployed across the UK, which includes stand-alone projects as well as both domestic and small-scale commercial installations. The largest battery storage projects in the UK include a 6MW/10MWh facility in Leighton Buzzard (which can store enough energy to power approximately 6,000 homes for 1.5 hours at peak times) and the Orkney Storage Park Project which has a power output/input capability of 2MW.

In light of falling costs, the National Infrastructure Commission predicts that energy storage technologies could deliver approximately 15,000 MWh of capacity in the UK by 2030, a figure that may increase even further if the Government introduces additional incentives and regulatory support for energy storage. Those considering battery storage projects should assess the opportunities and challenges early on to ensure that they make the most of this exciting new technology.

Why does the UK need battery storage?

Smooth grid operation relies on the provision of rapid reactive power services (either by generation or dedicated facilities) to enable frequency stabilisation. Traditional generators have a reaction time of under 10 seconds, but batteries are able to provide sub-second response times, so offer a solution to a number of the Grid’s balancing issues. As more coal and traditional power stations come offline and are replaced with renewables, the National Grid has to procure many thousands of megawatts of batteries to compensate for the increase in the variation of frequency of the currency on the grid. In July 2016, it procured 200MW of Enhanced Frequency Response (EFR) [1], and bids were received from 37 providers, the majority of which were from battery assets. Of these, 8 were accepted.

Responses to fluctuation in demand and supply

Balancing demand and supply in real time has proved more and more complex as the number of intermittent resources increases. The need for cyclical and reactive “peaking” generation, therefore, has historically been met by generation sources able to stop and start to some degree on demand, such as gas turbines and hydropower plants. As costs have fallen, battery storage has begun to be used in grids to provide a replacement for peaking generation required to meet peak daily demand.

In addition, the need for standby peaking capacity has grown to meet demand when intermittent sources are not generating, or to shift electricity which is generated at times of low demand to peak periods when demand is greater (generation from wind, for example, tends to be greater at night when electricity demand is at its lowest).

As stated above, the Grid has more and more need for batteries to ensure smooth grid operation. To encourage investors in battery power, the Grid is willing to pay more per megawatt for private developers to connect a battery to the grid.

Using batteries smartly to provide uninterruptible power to factories, office buildings or other assets enables users to come off the grid at periods of peak pricing, meaning higher peak electricity prices and expensive Triad penalties[2] can be avoided.

The three separate sources of income (peak shaving, frequency response and triad avoidance) mean return on investment for these projects is very promising. Battery (in particular lithium ion) technologies have improved drastically over the last few years, driven by the development of electric cars. Progress and price decreases are expected to happen even faster than solar, so it is becoming a more and more viable energy solution for developers.

The current licensing regime has not yet been updated to incorporate batteries (the Electricity Act 1989 provides no definition of energy storage), and it is expected that the Government will review the regulatory treatment of storage and introduce legislation and a licensing regime which recognises the unique nuances of energy storage. At present, electricity storage is generally treated as a sub-set of generation and this requires developers to obtain a generating licence for non-embedded storage if the project capacity is over 50 MW, unless a specific exemption applies. Other licensed operators (electricity suppliers, distribution network operators and transmission system operators) remain restricted from operating electricity storage.

The UK Government and Ofgem have both acknowledged the need to provide greater regulatory clarity for electricity storage as part of a call for evidence issued in November 2016. According to the Department for Business, Energy and Industrial Strategy (BEIS) and Ofgem, regulatory clarity for storage would help provide a basis for industry to make changes to industry codes and assist national and local planners to understand how storage projects should be treated. In the call for evidence BEIS and Ofgem set out potential approaches for the regulatory treatment of storage, some of which may be pursued in parallel, including defining storage in primary legislation as a new activity with a separate storage licence regime or defining storage as a subset of generation in the Electricity Act with a modified licence for storage facilities. It is anticipated that the UK Government will use the feedback from the call for evidence to provide greater clarity; however, this may not give rise to the introduction of primary legislation which addresses the specific characteristics of battery storage, so developers should obtain legal advice about where their project stands within the regime.

Local authorities that are considering battery storage schemes should assess the procurement implications. There is no right or wrong answer in terms of structuring a scheme, rather it depends on what the authority is looking for from the scheme and the amount of resource it is able to commit to setting up the scheme. There are essentially three options for authorities –

As local authorities move more and more into commercial operations, it raises the question as to whether they need to follow the EU procurement rules when they are setting up commercial ventures. If the scheme involves an obligation to supply some or all of its energy to the local authority then this will likely fall under the regulated regime.  If the scheme is only looking to supply into the grid or to a third party then it may be possible to organise the scheme in such a way that it falls outside the regulated regime.  This is quite a controversial and risky area so it is important to get good advice and understand the risks.

Whether the procurement falls under the EU procurement rules or not, it is vital that the procurement route is capable of dealing with a market where technology is advancing and prices are falling. Authorities need to check whether frameworks are capable of delivering in this context or look to other options such as dynamic purchasing systems (DPS).  Whether the procurement is regulated or not, a competitive tender is likely to deliver better commercial results.  No matter whether one uses a framework, DPS or open tender, it is critical that authorities perform robust supplier due diligence to protect them financially as well as getting appropriate technical and legal advice on the contract terms, risk allocation and performance guarantees.

Placing batteries on land, whether or not associated with a current energy facility, raises planning and real estate issues. It should be considered whether battery storage fits within the scope of a site’s existing planning permission (be wary of the knock on effect on the Renewables Obligation accreditation of the project if varying planning permission) and whether a current lease or option agreement requires re-negotiation to accommodate a storage facility. Easements for right of access to the storage facility may also be required, and often consultation with landlords will need to take place. A key priority for projects connecting to the Grid is to ensure that it secures a grid connection agreement as soon as possible.

[1] A service that achieves 100% active power output at 1 second or less of registering a frequency deviation. This is in contrast with Primary and High Frequency Firm Frequency Response (FFR) services which have response times of 10 seconds, and Secondary FFR which has a response time of 30 seconds.
[2] Triad penalties are charges retrospectively imposed by the Grid if your factory or office building is connected at three (triad) 1/2 hour peak times over the winter period. Determined after the event, the triad periods can occur in any half-hour on any day between November and February inclusive but are separated from each other by at least ten full days. Small-scale generation that is connected to the distribution network receives triad payments for generating during these peak periods. 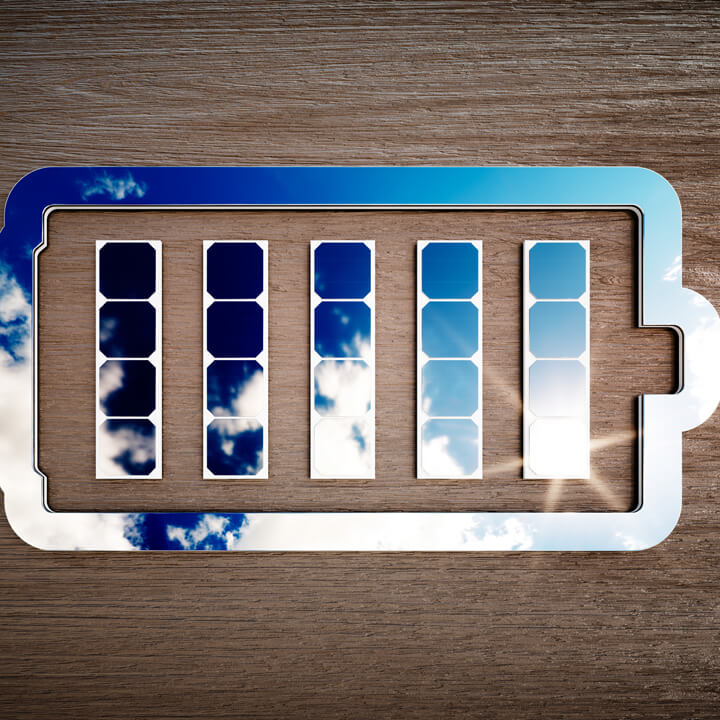